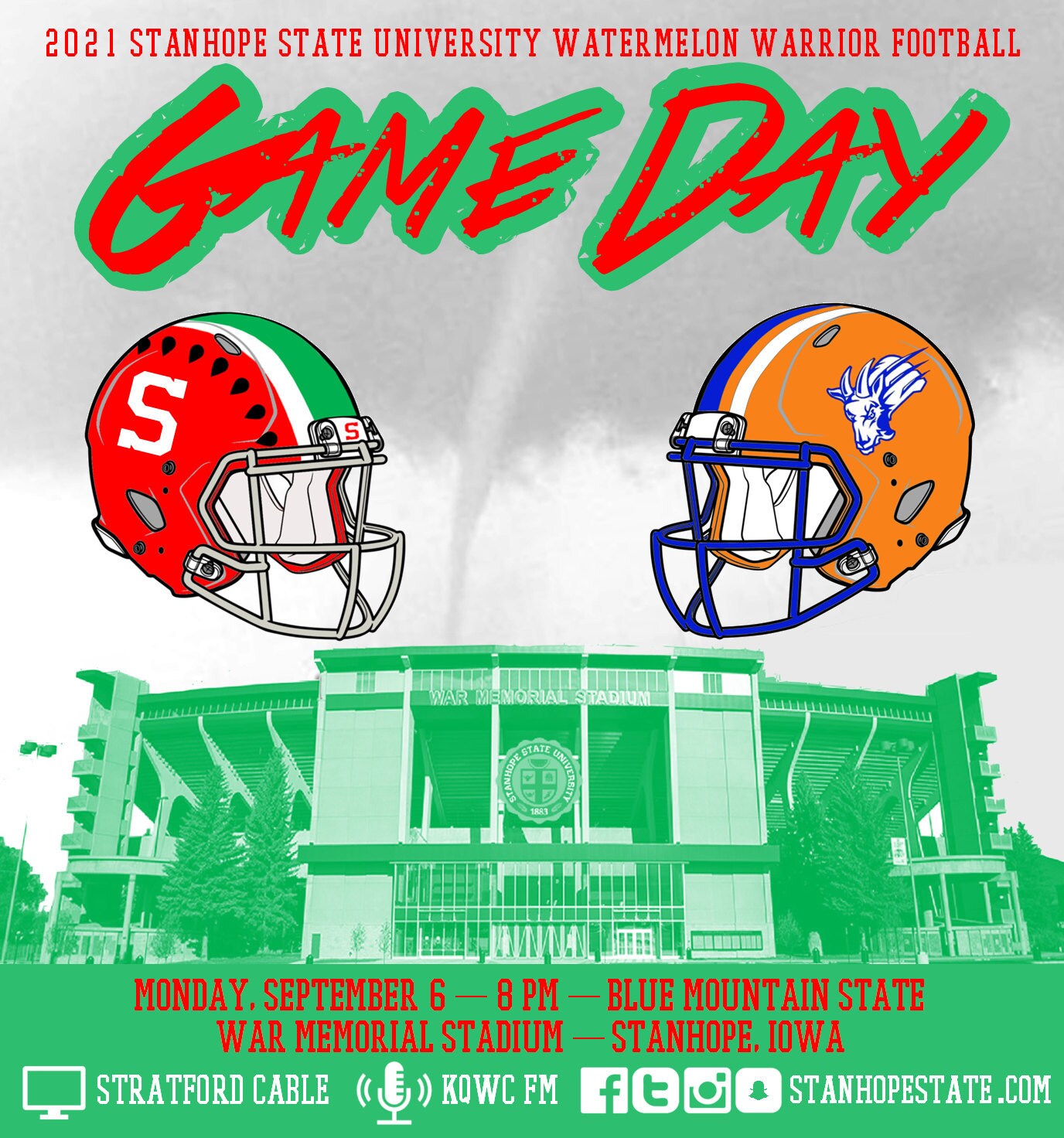 SEASON PREVIEW: The Watermelon Warriors kickoff the 2021 campaign tonight after playing in a bizarre mystery 2020 season. They started in a bubble bought off the KQWC Trading Post (cheap), then the entire football program seemingly disappeared into the transfer portal before the Minnesota State game in Clear Lake and was replaced with a real life hockey team that went on to win it all.

University researchers have concluded that the summer tornados must have shaken the transfer portal and altered the time-space continuum back to normal. On the Friday before Watermelon Day, eye witnesses told the Hamilton County Sheriffs Office that they saw the entire team reappear out of a cornfield just north of town.

After some COVID tests and a few hundred slices at Watermelon Day, all players and coaches were accounted for, then pre-season prep began. Since there are no specific NCAA rules on space-time continuums (or any rules in general) all of our players were declared eligible as if the season never happened.

All makes sense, right? Good, let’s get back to football.

GAME DAY: A sold out War Memorial Stadium will greet Blue Mountain State who hasn’t played a game in 2 years. Kickoff is at 8pm featuring fireworks from Beau Schmo and free leftover hockey cowbells for the first 10,000 fans.

THIS WEEK: The full September 25 Homecoming schedule will be released, so stay tuned here on the Watermelon Warrior Network.