(STANHOPE) –  Fresh off their undefeated season and New Year's Day Bowl win, the Watermelon Warriors released their complete schedule and special poster for the 2019 season. In celebration of the 150th anniversary of the game of college football, the athletic department went with a "retro inspired" design for the annual poster that is always a coveted collectors item for Stanhope Staters across the country.

Schedule highlights include a special neutral site game with Minnesota State in Ellsworth on Tuesday, September 10th. Of course everyone will have the 28th of September circled on the calendar for the annual Homecoming celebration and game with the Adams College Atoms.

This year marks the first season of football played in the newly formed National American Conference (NAC). The top two teams at the end of the season will meet on December 7th in fabulous Myrtle Beach, South Carolina for the Conference Championship Game presented by Cook Out, powered by 94.9 The Surf - The Carolina's Beach and Boogie Station.

The Double Dubs start the "NACtion" this Saturday night on the road with conference rival South Central Louisiana State at the Mercedes Benz Superdome in New Orleans, Louisiana. Season tickets are sold out, but if you would like to get in to the home opener on September 7th versus Blue Mountain State, stop by the athletic department box office at the Stanhope Public Library located on Highway 17 to purchase your standing room only passes. While you're there, sign up for your free library card. 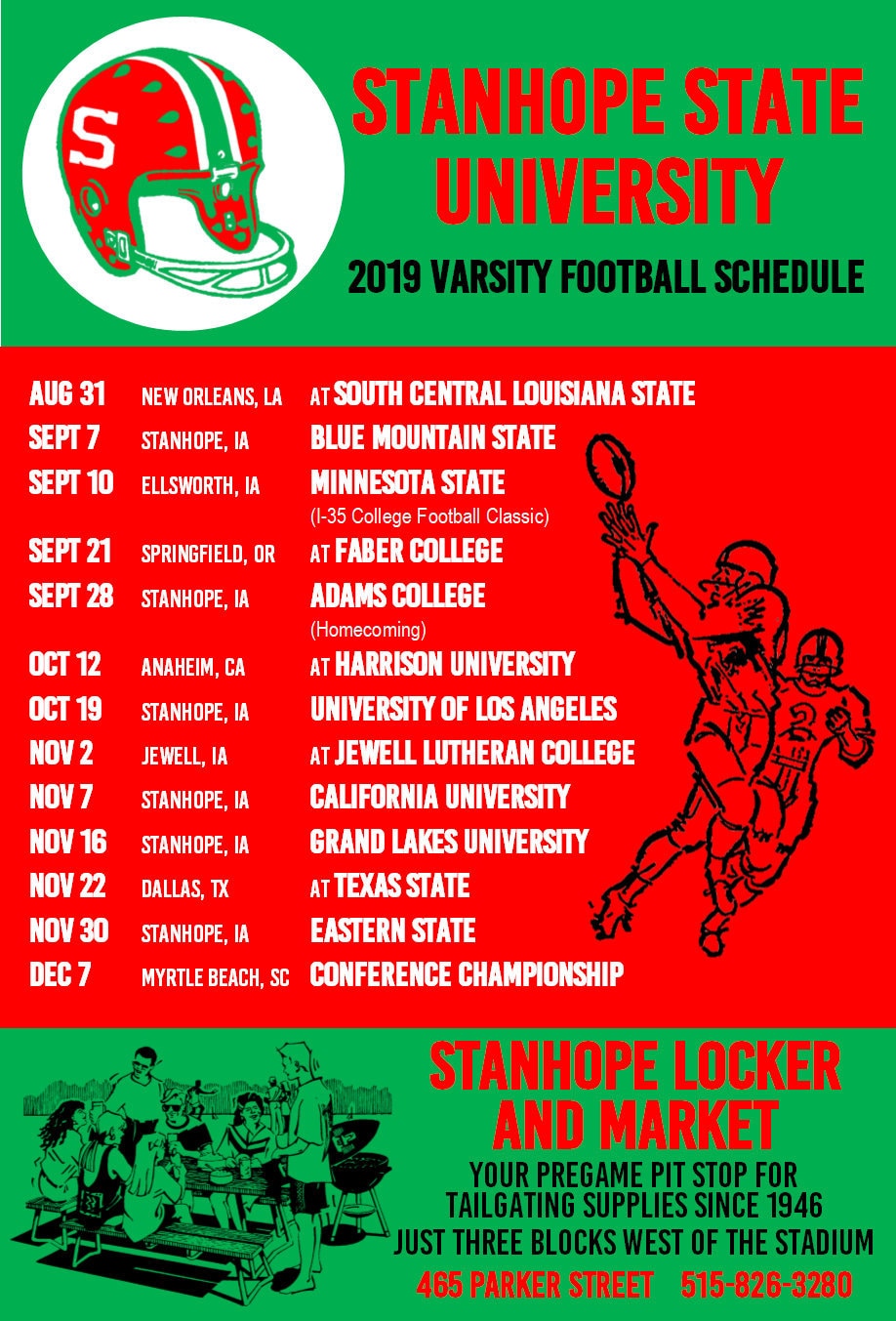